The lateral hypothalamic area (LHA) coordinates an array of fundamental behaviors, including sleeping, waking, feeding, stress and motivated behavior. The wide spectrum of functions ascribed to the LHA may be explained by a heterogeneous population of neurons, the full diversity of which is poorly understood. We employed a droplet-based single-cell RNA-sequencing approach to develop a comprehensive census of molecularly distinct cell types in the mouse LHA. Neuronal populations were classified based on fast neurotransmitter phenotype and expression of neuropeptides, transcription factors and synaptic proteins, among other gene categories. We define 15 distinct populations of glutamatergic neurons and 15 of GABAergic neurons, including known and novel cell types. We further characterize a novel population of somatostatin-expressing neurons through anatomical and behavioral approaches, identifying a role for these neurons in specific forms of innate locomotor behavior. This study lays the groundwork for better understanding the circuit-level underpinnings of LHA function. 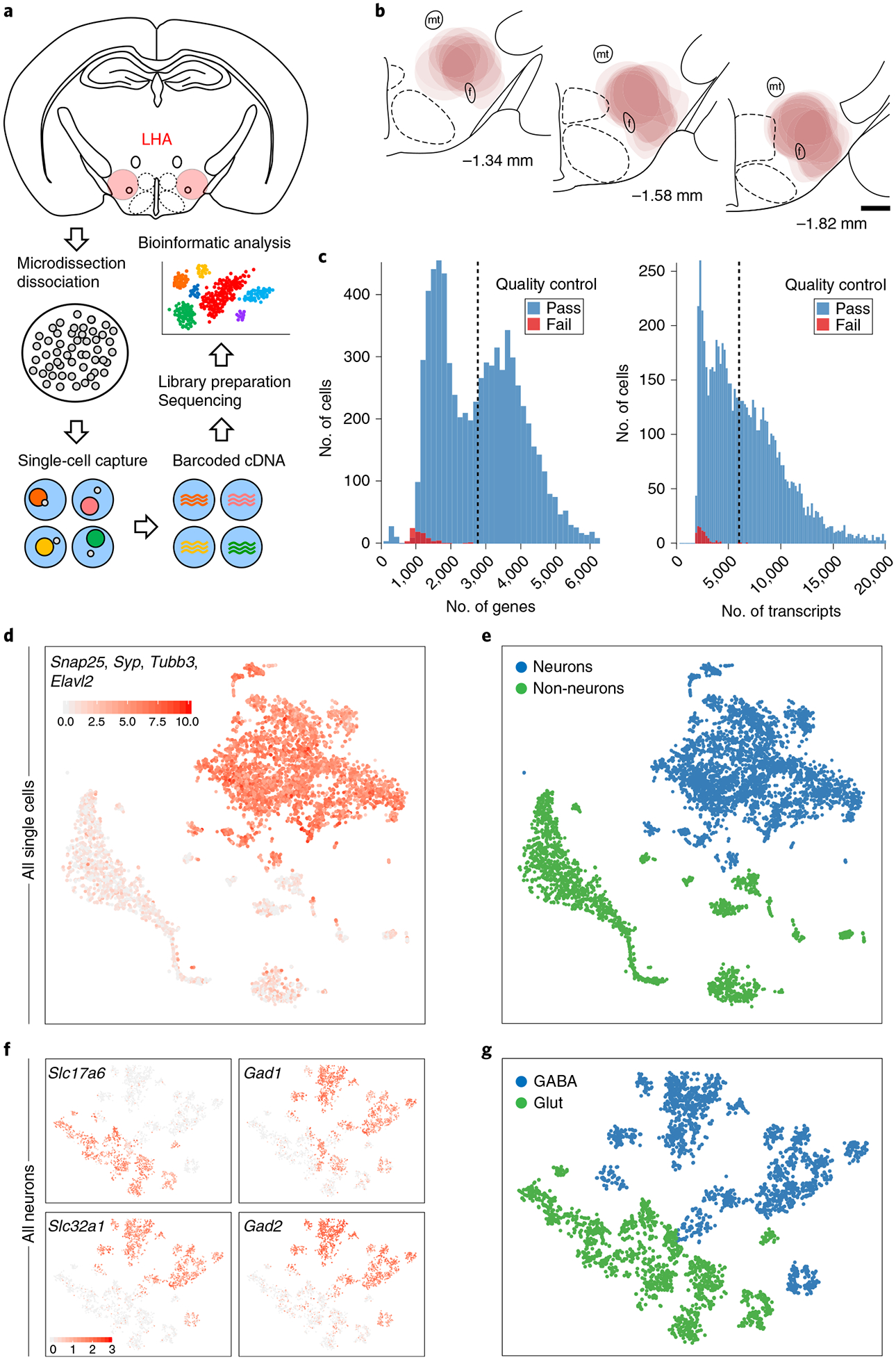 Available data for this dataset ?

Raw data for this dataset is publicly available here.